Aegis of Castile $69.00
Back to products
Next product

Inspired by the aegis of the Middle Ages. This is our initial ideas in making and designing the Aegis series. Minimalist and unique shape like Aegis making it a timepiece suitable to accompany each adventure. Calf leather strap is perfect to be combined with the case on this timepiece. With Ultra Thin case (7mm) Lanccelot watch is suitable for every occasion and every condition. Not only that, Aegis series is a great addition to any wardrobe, and goes with all styles and ages for every day of the week.

When you love to wear something dark brown, it is believed that you are typically a serious person. The seriousness is about how you can do something for your surrounding. Definitely, it is supporting the spirit of Aegis of Barbarossa. The most important thing dark brown is also representing down to earth. As an important man, Barbarossa acted wisely and down to earth. It is what Lanccelot wants to deliver to the users of Aegis of Barbarossa. Even, you have an important role in society or workplace, it is a must for you to act wisely just like Barbarossa. In fact, it makes him as a superhero and long lasting king. This is also a perfect attitude of a great man. Hopefully, this representation can be delivered to you perfectly through Aegis of Barbarossa. 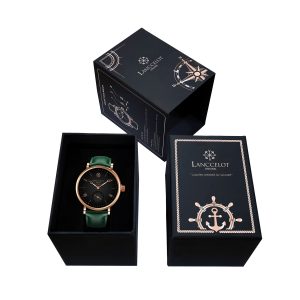 $99.00
Shop
0 Wishlist
0 items Cart
My account
close
Start typing to see products you are looking for.
Scroll To Top