Aegis of Gilgamesh $69.30
Back to products
Next product 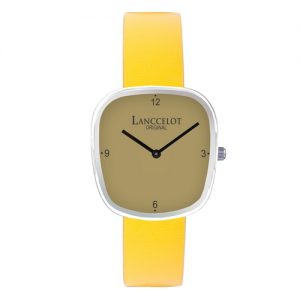 Middle Ages have a great number of legend, history, and even mythology. Those arts are interesting and full of values that probably can be implemented in our daily life nowadays. One of the mythologies which are popular among people in the world is the one from Norway. The mythology tells about the Gram Sword made by Sigurd. Sigurd becomes the main character of the mythology. In other words, he is the central character of the story. Lanccelot, a name of a company creating elegant wristwatches with specific theme inspiration, visualizes the characteristic of Sigurd into a product of wristwatches. The legend comes in to a fashion which most people can enjoy. As many people concern, wristwatches become the fashion features which can show the character of the person who wears.

Lanccelot works with this fashion project by considering the history of Sigurd and implement the good values of Sigurd in the product. Sigurd is a brave man who can kill the dragon with his sword, called Gram Sword. He makes the sword with combination of gold as what his father, Sigmund, has predicted before Sigmund dies. Sigurd is a legendary hero from the mythology and he is good to be the inspiration to create fashion stuff. Lanccelot brings Sigurd’s characteristics into a type of wristwatch. Lanccelot call it as Aegis of Sigurd.

The aesthetical touch of Aegis of Sigurd is shown by Lanccelot with the gold color in the surface of the wristwatch. The gold color represents one of the characteristics of Sigurd which is brave and strong. Furthermore, the dignity of Sigurd can be represented by this legendary color too. The Gram Sword made by Sigurd is the most specific symbol of Sigurd. The sword is dominated with gold. This is also the reason why Lanccelot applies the color gold in classic Aegis of Sigurd. It is of course Lanccelot considering the main symbol of Sigurd in order to strengthen the impression of this mythology.

Sigurd is also known that he could defeat a dragon and drink the dragon’s blood. Thus, he becomes stronger than before. The symbol of the dragon’s blood is represented by the color of red on Lanccelot’s wristwatch. Lanccelot wants to give impression of bravery of Sigurd through red color too. Lanccelot shows elegance with red which means “we have to scarify body and blood in the war”. 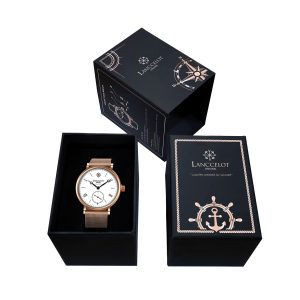 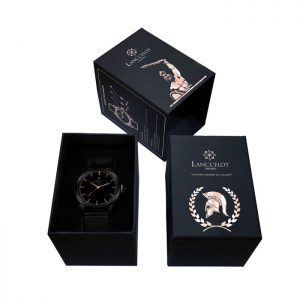 $76.30
Shop
0 Wishlist
0 items Cart
My account
close
Start typing to see products you are looking for.
Scroll To Top